Searching for cool and unique Batman gifts for your favorite fan of the Caped Crusader? Well, we’re here to save the day – with a list of awesome Batman gift ideas for both adults and kids!

You’ll find 21 great birthday and Christmas gifts for Batman fans right here – so we’re sure we’ve got the perfect presents for you to show the superhero in your own life just how much they mean to you!

Here you go, Gotham City: The gifts your favorite Batman fan needs… and the gifts they deserve! 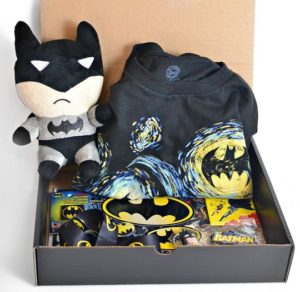 Why buy them just one Batman gift… when you can get them a whole gift box chock-full of cool Batman stuff?!

This gift box, from BatmanPresents, contains more than 10 different pieces of Batman merchandise, all packed into a premium gift box.  A fun present for Batman fans of any age!

2) Batman Clothing for Him and for Her

We’re sure that your favorite Dark Knight fan already has a Batman t-shirt (or several!) But whether you’re buying a gift for a guy (boyfriend, husband, etc.) or a girl (girlfriend, wife, etc.) there’s plenty of unique Batman apparel out there – here are just two examples:

For men, these stylish boxers feature Batman’s famous utility belt (Batarangs and other Bat-gadgets are unfortunately not included!) 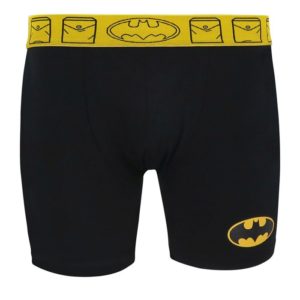 And for women, this set of a Batman tank top and panties are just what any Batgirl needs for lounging around while taking a break from fighting crime! 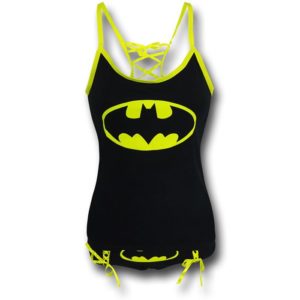 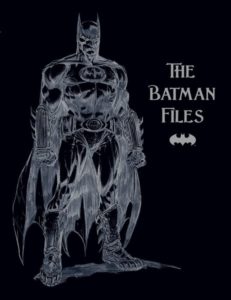 The Batman Files is not simply a book about Batman – it is actually Bruce Wayne’s own secret journal, discovered in the Batcave, and containing all of the information that he’s been using to fight crime each day in Gotham City!

Every Batman fan would love to have his or her own Batmobile! These Batmobile collectibles make especially great gifts for anyone who enjoys collecting Batman memorabilia. Various different models are available – click on the pictures to check out the details of each! 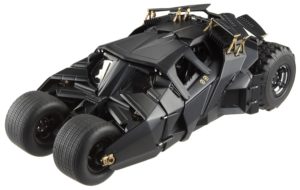 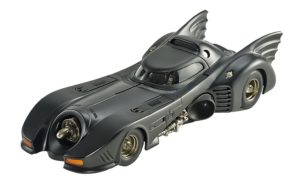 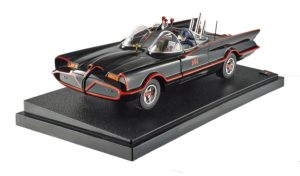 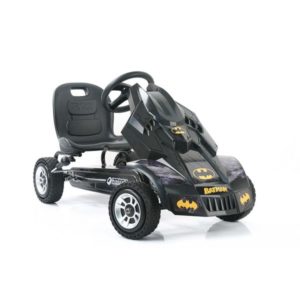 Every kid would love to drive a Batmobile of their own, of course… and now they can, with this awesome Batmobile pedal go-kart for kids! A truly special birthday or Christmas gift for any Batman-loving boy or girl!

This officially licensed Batman bedding set includes two bat-sheets, two bat-pillowcases, and an ultra-soft luxury bat-comforter. If your kid or grandkid is a big Batman fan, then you can be sure that they’ll sleep safe knowing that Batman is protecting them! 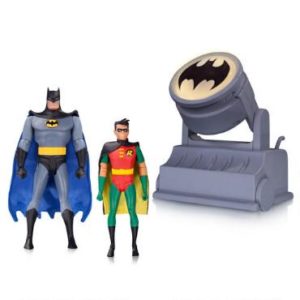 We love this awesome set of action figures from the classic Batman animated series! The limited edition set includes not only the Caped Crusader and the Boy Wonder, but also a battery-powered light-up bat signal to call for their help! 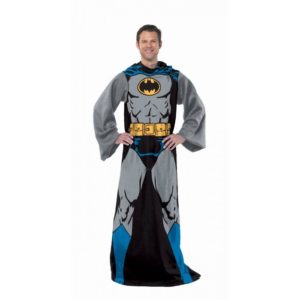 For some people, just owning Batman action figures isn’t enough – no, they want to actually be the Batman. And with this comfy Batman snuggie-style sleeved throw blanket, they finally can!

A great gift to show someone that he or she is truly your superhero! 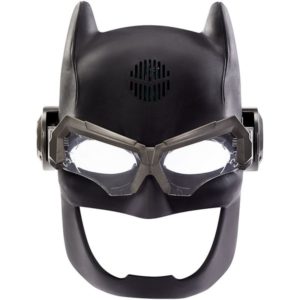 There’s no point in dressing like Batman if they can’t disguise their voice like him too… and that’s why they need (need!) this awesome Batman voice-changing mask.  And besides enabling them to speak like Batman, it also has a whole bunch of other cool “tactical” features! 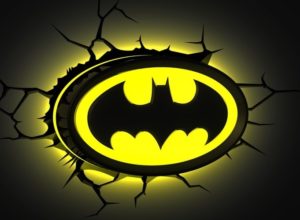 Seeing Batman’s famous symbol reflected on the wall would comfort anyone in Gotham City or elsewhere.  This 3D bat-symbol wall light is a unique piece of Batman décor that would look great in any superhero kid’s room!

This stylish silver-tone bat-accessory is definitely no cheap plastic kid’s watch – in fact, it’s so nice that we could imagine it on the wrist of the Dark Knight himself!  All Batman, all the time – a very practical gift for an adult Batman fan!

A great gift idea in the category of “Batman gifts for her”, this necklace is a perfect present for Bat-women or Bat-girls of any age!

If Batman is close to her heart… then she’ll love this cute Bat symbol pendant! 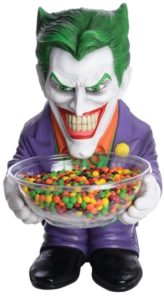 Candy bowl holders available in the shape of both Joker (pictured above) and Batman.  Great for Halloween – or for all year round at the home or office of any Batman fan!

But this is no ordinary two-dimensional jigsaw puzzle: It includes 162 replica buildings and landmarks to construct Gotham vertically – and really get to know the nitty-gritty details of the city. The puzzle’s fourth dimension is time – in the form of a detailed city history. And it’s interactive too – with a light-up bat signal to summon Batman when needed! 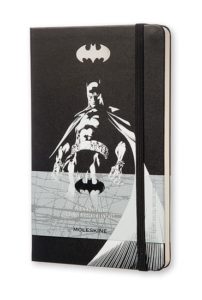 Moleskine notebooks are famous around the world for their high quality craftsmanship – so we’re sure that Batman himself would use a notebook just like this special limited edition hardcover journal! 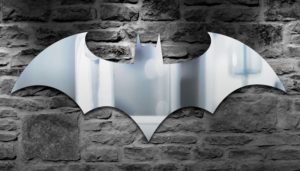 We’ve never been to the Batcave ourselves – but we imagine that our hero probably uses a mirror just like this one!

When it comes to personalized Batman gifts, it doesn’t get much better than a customized sign that will turn their own hideaway into a Batcave! A great gift for a kid’s bedroom – or a (Bat)man cave!

I’m not saying I’m Batman… I’m just saying no one has ever seen me and Batman in the same room together! (Shhhh, don’t tell anyone!) 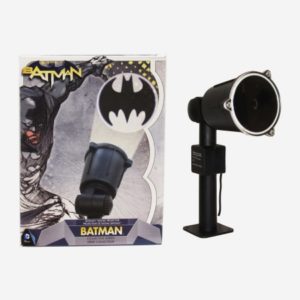 An officially licensed bat signal projector that will enable your friend or loved one to summon Batman whenever they’re in trouble! It works both indoors and outdoors, projecting the iconic symbol onto any surface – and calling the Dark Knight himself to the rescue! 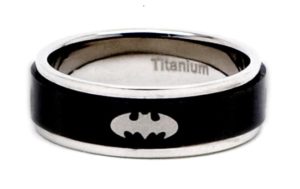 This titanium spinner ring features a silver Batman design on black plating and comes in a nice ring box – a special Batman gift for both men and women!

21) The Caped Crusade: Batman and the Rise of Nerd Culture 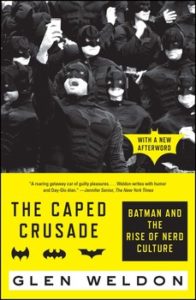 For the true Batman geek, this book sketches out a cultural history of our favorite hero and his fandom. Even the Caped Crusader’s biggest fans will learn fascinating new things about the character and the comic franchise!

For more cool Batman stuff, check out Superherostuff.com!  Also, have a look at our brand new list of awesome Justice League gifts for Christmas 2017!

Okay, we hope you’ve found the perfect Batman gifts for the fans in your life – be sure to check out our lists of gifts for fans of other superheroes, including Superman, Wonder Woman, and Spider-Man (more coming soon!)